Access our library of articles, videos and proceedings for members only.

The IPPS Eastern Region honors its own once a year at the annual conference. Despite cancelling our 2020 conference, we want to gather nominations of worthy candidates for awards to be presented at our 2021 conference. It's quick & easy to make a nomination by emailing Recognition Committee Chair Ron Strasko: ron@creekhillnursery.com. As always, names are held for three years.

The Fellow Award was created to acknowledge outstanding members of the International Plant Propagators Society, Eastern Region North America, who have contributed to the advancement of the IPPS Eastern Region and to the field of Plant Propagation and Production. This recognition is for contributions to the IPPS through participation, service, leadership, research, teaching or extension work. Only active members with at least 10 years of membership are eligible (see list below). To view a list of all IPPS Eastern Region Fellows, download the document below. 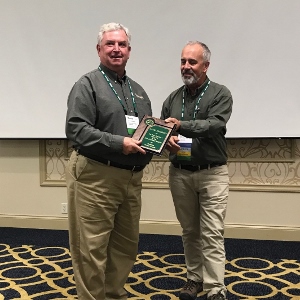 W. David Thompson, President of Foxborough Nursery in Street, Maryland has been named a Fellow of the IPPS Eastern Region.The Fellow Award is presented to members who exhibit exemplary service to the Society and to the advancement of the field of propagation and production. The announcement was made on October 17th at the Annual Conference of the IPPS Eastern Region held in Madison, Wisconsin.