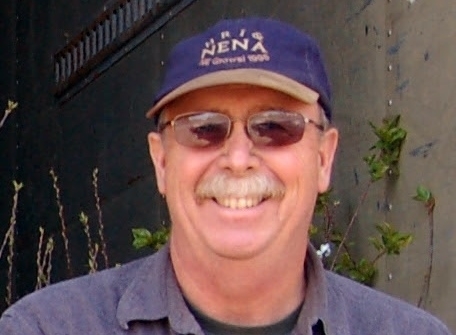 If you were in the room at the start of the Annual General Meeting in Grand Rapids, you witnessed a very special moment in IPPS history that began when newly elected Foundation Executive Director Mike Emmons stepped to the microphone. He thanked members for their past support and announced that the Foundation fund balance was just $30,000 short of reaching the $250,000 goal that would allow scholarships and/or research grants to be awarded in the name of the IPPS Eastern Region. He pledged to meet that goal over the coming year so that student scholarships from the Foundation could be awarded at the 2018 conference and exited the podium to a round of applause.

That’s when Brian Decker took the floor, pledging $5000 on the spot and challenging the rest of the room to meet and surpass the goal. Decker stated, “This ends today – who else is in?” Brian Maynard quickly followed with a $1000 pledge and the flood gates opened. The excitement of being so close to reaching this long-term goal swept through the audience and within a matter of minutes, $35,000 was raised from 17 generous members, reaching and exceeding the targeted goal!

The IPPS Eastern Region Foundation was formed in 2004. The effort to grow the foundation and to reach the critical fund balance of $250,000 has been a long and winding road. With that goal reached, the Foundation is now in the position to be able to offer grant/scholarship awards at next year’s conference. . . a bright and encouraging contribution to the future of this organization that so many of us love.

But even though we’ve hit that target, the work is not yet done. With Mike Emmons returning to the role of Executive Director after serving from 2005-2008 in the Foundation’s infancy, we look forward to building on this recent success and making a major Foundation fundraising push each year. You can help keep the momentum going and make your own contribution to the Foundation efforts which will help to ensure that we develop students into longtime members and to support the kind of research that will lay the groundwork for a strong future for IPPS.

The Foundation is a charitable 501(c)(3) organization in the United States tax code so your donations are tax deductible if you have US income. Please make your check payable to “IPPS Eastern Region Foundation” and mail to 1700 North Parish Drive, Southold, NY 11971 USA or make your donation online HERE (through PayPal but no PayPal account is needed; major credit cards accepted.)

Please note: Paul Cappiello of Yew Dell Botanical Gardens in Crestwood, Kentucky stepped down this year as Foundation Executive Director after serving in that capacity for nine years. His experience and leadership were critical through multiple twists and turns in the progress of the Foundation towards the long-awaited goal of a $250,000 fund balance. Paul will remain on the Foundation board to share his expertise on fundraising, investment strategies and policy making. Thank you, Paul!