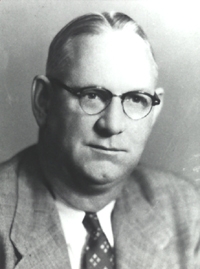 L.C. Chadwick served as president of the IPPS in 1953 and was honored with a lifetime membership in 1957. In 1964, he chaired the initial meeting of the Eastern Regions Award of Merit Committee and composed the wording of the award, which has not changed to this very day.

According to Elton Smith, former student of Chadwick’s and now retired Extension Specialist in Landscape Horticulture at OSU, “he was a quiet individual with a high degree of intellect.” He would sometimes work 20 hours a day, yet was extremely organized. Everyone who grew plants knew L.C. Chadwick. Chadwick passed away at the age of 91 on October 3, 1993.

*A special thanks goes to Stephanie Solt for researching the information on L.C. Chadwick.