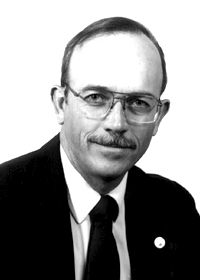 Peter Orum was born in Soborg (a suburb of Copenhagen, Denmark) on December 4th, 1941. He was a nursery apprentice at Spejlborg Nursery and Vilvorde Nursery for 4 years. At that time he received his Horticulture Journeyman’s certificate. In 1961 he graduated from Vilvorde (Copenhagen) Horticulture School with a diploma. He enlisted in the Royal Danish Army in 1961 and attained the rank of sergeant in 1962. In 1963 he attended officers school and attained the rank of 2nd lieutenant. He completed his enlistment in 1965.

Peter arrived in the United States in the spring of 1965 and started as a supervisor trainee at the D. Hill Nursery Company, Dundee, Illinois. He was Superintendent of Propagation at D. Hill for 7 years. Peter married his wife Irma, in 1967 and had two children Christa and Stig. Peter studied at Elgin Community College in the evenings from 1968 to 1971 before transferring to Northern Illinois University where he graduated in 1978 with a B.S. in Finance.

Peter started Midwest Groundcovers in 1969 in the back yard of John Wilde in West Chicago. He acquired 5 acres in St. Charles in 1970 and has expanded the nursery considerably since that time. In 1994 the nursery consisted of 160 acres with an annual production of 10 million plants. Since then additional acreage has been developed in Michigan and Virgil, Illinois.

Besides the IPPS Fellow Award and Award of Merit, Peter has also received the Medal of Honor from the Royal Danish Guard Society, Honorary Mayor in 1999, of the city of Aalborg, Denmark, and was NM Pro Nursery Grower of the year in 2001.

* Special thanks to Gary Knosher for information and research on Peter Orum.